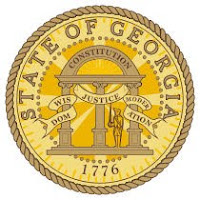 From Maureen Downey's AJC blog, "Get Schooled"
I think this is a terrific post by Maureen. The intro goes like this:

I was at the Georgia Partnership for Excellence in Education program for education writers most of Friday. Here is the message of the day in a single line:

THERE IS NO MONEY. NONE. NOT EVEN A DIME IN THE COUCH CUSHIONS.

Among the presenters: Kathy Cox, state school superintendent, Erin Hames, education policy director for the governor, Alan Essig of the Georgia Budget and Policy Institute and Herb Garrett of the Georgia Superintendents Association. The teacher of the year was there as were many state people and representatives of the state’s education groups. Without tax increases, Georgia schools will most certainly take considerable hits in the next two years. How deep is the financial hole at the state level? So deep, said Essig, that even wiping out 20 state agencies and the legislative branch and firing the 13,000 employees in those agencies wouldn’t plug it.

Click the "Get Schooled" link above to read Maureen's whole post at the AJC. We really do need to keep our eyes on what the state is up to. It's pretty scary for Georgia's schools.
Posted by Cerebration at 10:15 PM